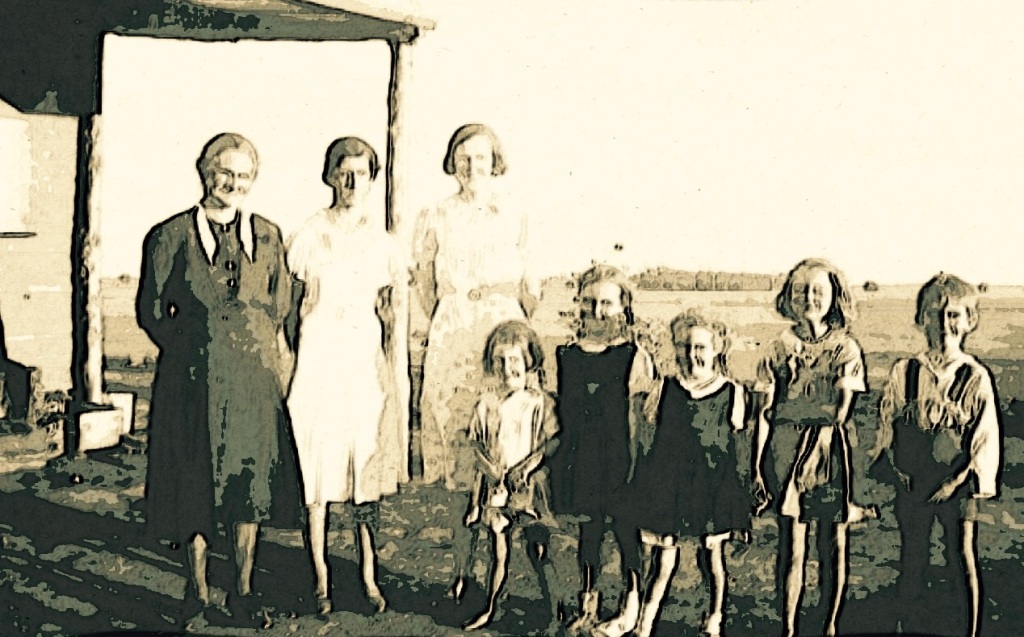 Raised on the red dust of the Western Plains,
this unexpected child of farming stock
brought with her the hope of September rains;
the joy of one lamb to a larger flock.
She weathered seasons of uncertainty,
faced adversity with dignity and grace.
She rode a swift horse into modernity.
Brought new joy to another time and place.
From new horizons she found much to see:
a new world to paint, and new songs to sing;
both she delivered with gusto and glee:
as brings the flower the colour to Spring.
. It is not wealth that makes us rich with joy.
. Better love and grace be our life’s employ.

To the reader: For my mother’s 80th Birthday I wrote this sonnet. Born in 1931, of farming stock she was a child of the depression and the product of subsistence. By war’s end, poorly schooled but well educated, she ventured beyond the strict fundamentals of country life and rode the affluent wave of post-war Australia. For many, not all, the Twentieth Century was lived in two contrasting halves: shadows lifted, chains unshackled, and opportunities arose. Decades on, having lived a full-life, she now looks back with a sense of wholeness; if not completeness.

To the poet: For the most part we live a scripted existance. Life has a sequence that can be unpacked as history and understood through hindsight. As married to fourteen lines of a sonnet, history and hindsight make quite compatible partners. The trap, ever present, is sentimentality. This poem has an audience beyond my mother and so needs to be personally poignant but meaningful in a general sense. My mother’s name is Joy Grace – you don’t need to know that, but she’ll find herself in the final couplet – a referential trinket; a neat finale.