With simple rules, as would science render,
we form a universe from cosmic dust.
Then heaven and earth take this agenda
and for art-sake make news of love and lust.
With building blocks in assembled order
we unravel life as would genes combine.
Then for art-sake, and a fancy border,
we give great praise to all of our design.
With rows of noughts to the power of ten
nothingness is scaled to the Nth degree.
Then along comes art, with its brush and pen,
claims emptiness as space for allegory.
. It’s facts reveal an amazing story,
. but it’s fiction steals the blazing glory.

To the reader: The human brain has evolved to recognise natural rhythms; to enjoy the ratio of shapes and numbers; to orchestrate colours and augment sounds. As measured, facts and figures quantify our universe; ever expanding our bank of knowledge. Buried in this infinite detail is wonderment; the source of fantastic explanation; home of earthly spirits and heavenly gods. We are the story tellers, the picture painters; for art-sake, we are the messengers.

To the poet: If not mistaken, this is the first Sonnet (107) that holds itself to fourteen lines; ten syllables to each. I claim no strict adherence to iambic pentameter. I appreciate the heel-toe (dumpty-dumpty) rhythm of lines in classic formation but reserve the right to wander into other syncopations. I borrow from Shakespeare’s licence; Sonnet 145 is a case in point. Each line of this sonnet is made of eight syllables. And if more ‘case’ is needed, explore Sonnet 126: a twelve lined poem in six sets of rhyming pairs. 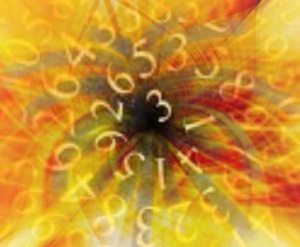 One thought on “Along Comes Art”