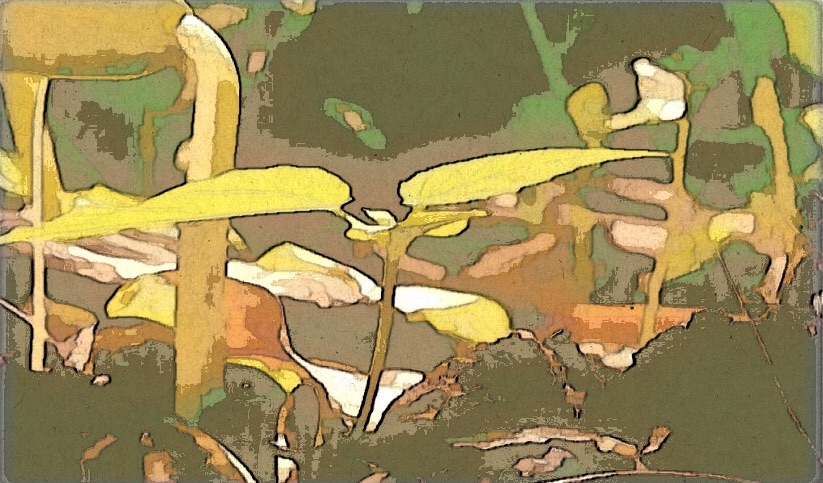 Somewhere in the forest dense,
With old-growth thickly sewn,
There’s a single seed of commonsense,
Long since over grown.
It’s buried ‘mongst a bed of leaves,
As laid through years of scatter,
Beneath this heavy mass it heaves,
Giving reason to its matter.
It’s not the seed of discontent,
That festers complication,
It’s more the source of new intent,
And the essence of creation.
– What knowledge from a seed does breed?
– Keep it simple – is its simple creed.

To the reader: Simple solutions are too often over-looked; dismissed as trite. The ‘tried and true’ remedy outlives its novelty; so shiny becomes dull and none-too attractive. Human nature thrives on surprise and quickly habituates to ‘sameness’; we look to see things differently. Unfortunately, simple routines, as efficient as they are, become mundane and tiresome. And so, in an attempt to add a little sparkle to our tasks we inadvertently make things difficult … too clever by half.

To the poet: Revisiting a sonnet, years after it was first finished, is sometimes an exercise in restraint. There’s always the temptation to fiddle; nudge a couple of words; alter the length of a line; or swap one word for another. As a poem’s substance is mostly well-set, it’s then readability that gets the work-over. The rule of restraint relates to originality; don’t distance the sonnet too far from its time-bound source.