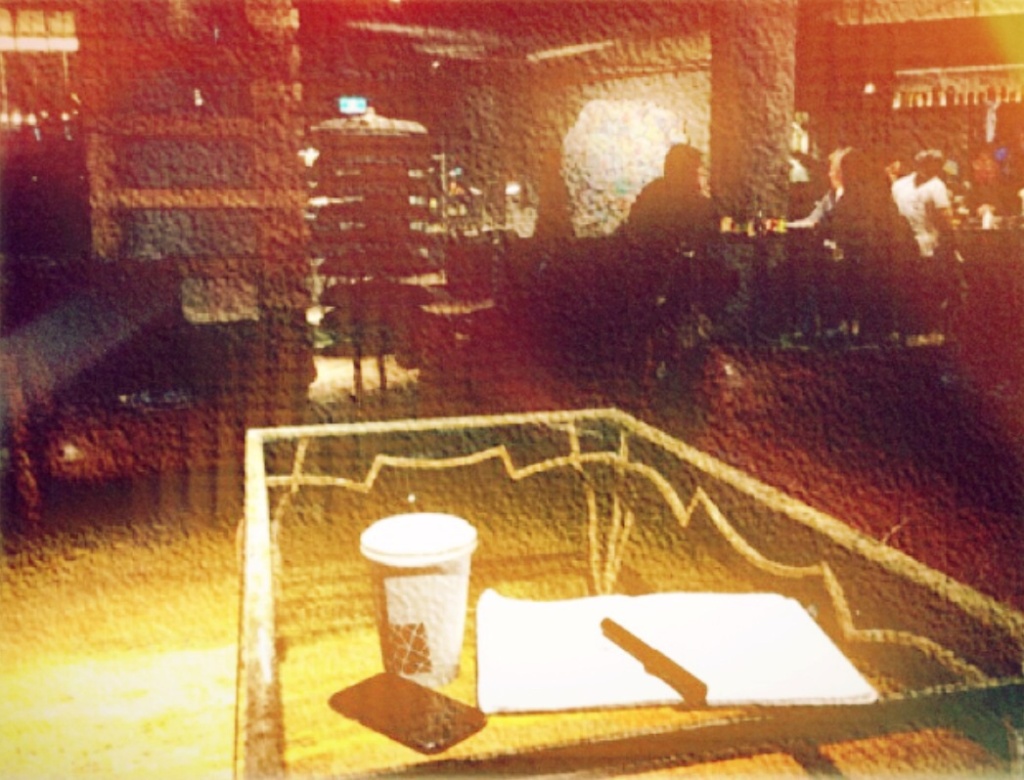 This table is my point of view,
Provides a horizontal plane,
It’s the visual avenue,
To the peculiar and mundane.
It’s from where I watch the lives we live,
Assemble then disperse
It’s the single-point perspective
That stimulates my verse
It’s the in between scene
Of a mental map
Where my elbows lean
and my fingers tap.
. It’s where clutter finds coordination,
. And ideas meet their destination.

To the reader: In literal terms a cafe represents an unpretentious coffee house. In practical terms it provides time-out; joins the break between two activities; starts and ends a day; brings together two minds; and as often as not relieves the bladder… and all this for the price of a coffee. The cafe offers a public/private interlude, perfect for introspection and contemplation; people watching.

To the poet: The passing trade in a cafe forms a poet’s banquet. From the menu comes a feast of subjects including the urbane, the mundane and the insane. Occasionally, the setting not the people deserve attention and that’s how the over-looked table became the subject of this sonnet. A poet’s table is central to the writing process as it defines the angle of observation and locates the presence of mind; it positions the poet.