In pursuit of perfection’s guarantee
we chase that which is better than the best.
Nothing could not “ten times the better be”
as steadied, then readied, for Time’s cruel test.
All the world’s treasuries do not stand still;
those with gold glint, with crystals shimmer.
Those animated vaults of potential
are the genesis of hopeful glimmer.
Flushed with abundance, they lack not any
of the comforts that come with fortune’s care.
That which is ‘one’ finds itself with ‘many’
and so on, ten times, produces an heir.
. Ten times the merrier, ten times the wealth.
. Ten times the better, through sickness and health.

To the reader: The idea of abundance sounds agrarian to an urban ear. As a man of his time, Shakespeare was an advocate of reap and harvest, stack and store; his reference was a time of uncertainty. Ten times the better be… seems his ideal solution to a number of problems. The simple model derives sufficient resources from a stash of plenty. It’s about making the most of what’s available, to ensure today’s waste or laziness is not tomorrow’s sorrowful regret.

To the poet: In a few of Shakespeare’s sonnets he refers to ‘ten’ as a number of good use and satisfaction. Ten times the better be for all manner of circumstances; from procreation (WS-S6) to imagination (WS-S38) for happiness (WS-S37) and amusement. And so began my sonnet (TG-S217)) about over-reaching for the sake of abundance; ever the need for surplus … just in case. 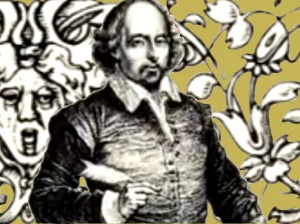