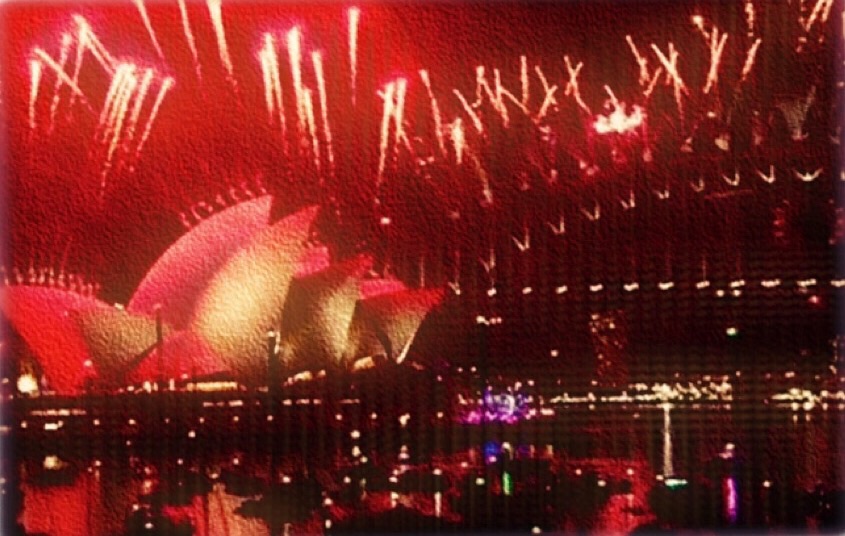 Every year invents its own importance;
inflates its credentials, and over-toasts
its claim to ‘best of’ status. In a glance
it’s gone: hot air and a bag full of boasts!
Last year, as with others past, had its share
of miserable moments. Worthy of note
was pestilence – body bags of despair;
climate change – skeptics on a sinking boat;
intolerance – human spirit oppressed;
calamity – with its death toll rising;
corruption – known to those who self-invest;
bloodshed – battles over socialising.
. Take forward, good hope and resolution.
. Leave behind, old rope and retribution.

To the reader: The hype of New Year celebrations verges on the vulgar. As one year becomes the next we mark the moment with pyromanic fervour. In this explosive instant we give birth to resolution. With fireworks as pedigree, is there any wonder the life-expectancy of new commitments is but a short burst of enthusiasm; followed by a quick decay of colour – resolved as a cloud of thin smoke. When hype replaces hope take care.

To the poet: This is the last of my pre-cooked sonnet commentaries. On the first day of January 2015 I resolved to spend a year editing my collection. Without pause, I was running the risk of wasting a good harvest. That pile of “one more” sonnets was stacking-up; consuming any sense of individual character. As of today, I have no more finished sonnets … through sustained resolution, I have beaten the pile!