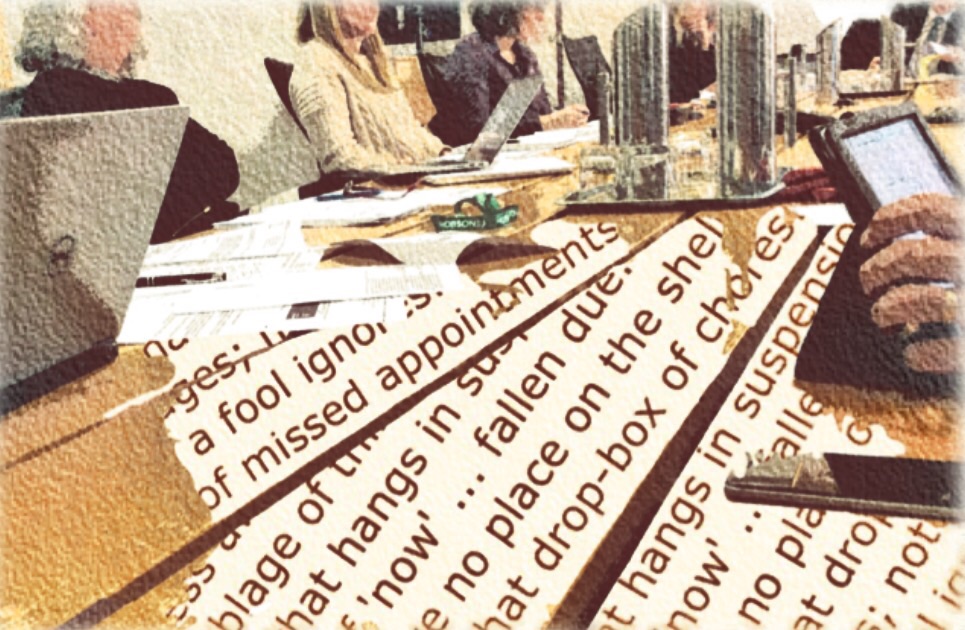 Today’s business awaits my attention.
A loose assemblage of things still to do.
An assortment that hangs in suspension;
At the precipice of ‘now’ … fallen due.
Unfinished jobs have no place on the shelf.
And so, to that list; that drop-box of chores:
bullet-pointed messages; notes to self;
reminders that only a fool ignores.
And so, to that list of missed appointments:
that stalled project; that interrupted task;
to all that, that is yet to commence.
To that pending pile: “be patient” I ask!
. All in good time, each matter’s attended.
. It’s at that point, the file is suspended.

To the reader: Two weeks after retiring, I started my next job. The plan was to down-size expectation and workload; get things back to a manageable perspective. To some extent that was the reality but the fundamentals of paper warfare move from job-to-job and desk-to-desk. Projects are the enemy of state. They form the territory upon which office activities spiral out of control in the name productivity. Projects – front-line battles that draw upon scarce resources and redirect energies towards hot-spots of disputed service.

To the poet: As a single-minded sonneteer, I manage my own poetry project – an anthology of sorts. As far as I know “One More Sonnet” has no project-plan; nothing to coordinate its resources and deliver its services. With hindsight, I could back-engineer a plausible plan that makes what I’ve done look organised; but in fact, the whole project grows like topsy. From one idea to the next I lunge and lurch … help wanted; must be good with pen and caper!