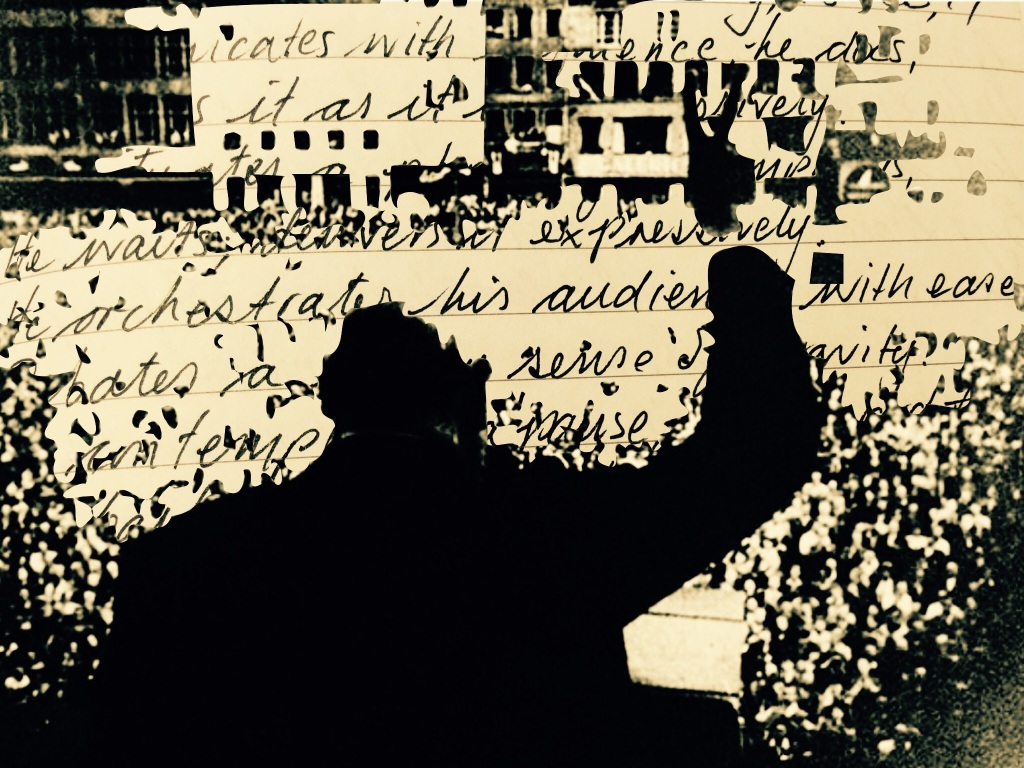 Communicates with influence; he does,
he states it as it is – impressively.
He situates a phrase; gives emphasis,
he waits – delivers it expressively.
He orchestrates his audience; at ease,
he waits for sense and sensibility.
He situates a pause; an awkward tease,
he baits the line with sensitivity.
He modulates his tone; to rise and fall,
creates an uplifting draft – wafterly.
He contemplates what might be possible;
skates the surface, and nurtures novelty.
. He agitates his company; he stirs,
. he celebrates the mix – as it occurs.

To the reader: Tangles can be fun to unravel. I remember, as a child, finding balls of discarded fishing line on the beach. A mess of sand and tackle, endlessly wrapped in coils of knotted nylon thread. The business of unravelling had little purpose to it. I was learning that through frustration you could find satisfaction. Within most things we do, there’s an opportunity to play with ideas; to craft creative solutions – for pleasure’s sake alone.

To the poet: It wasn’t until late in the editing process that I stumbled on why this sonnet was proving a stubborn beast to massage into shape. I’d forgotten that the “Oh, so clever poet!” had decided to apply an extra set of rhymes to the beginning of each line. Something he thought might have been fun to do but later regretted. Upon reflection the extra-effort has probably detracted from the final outcome; and so it is.