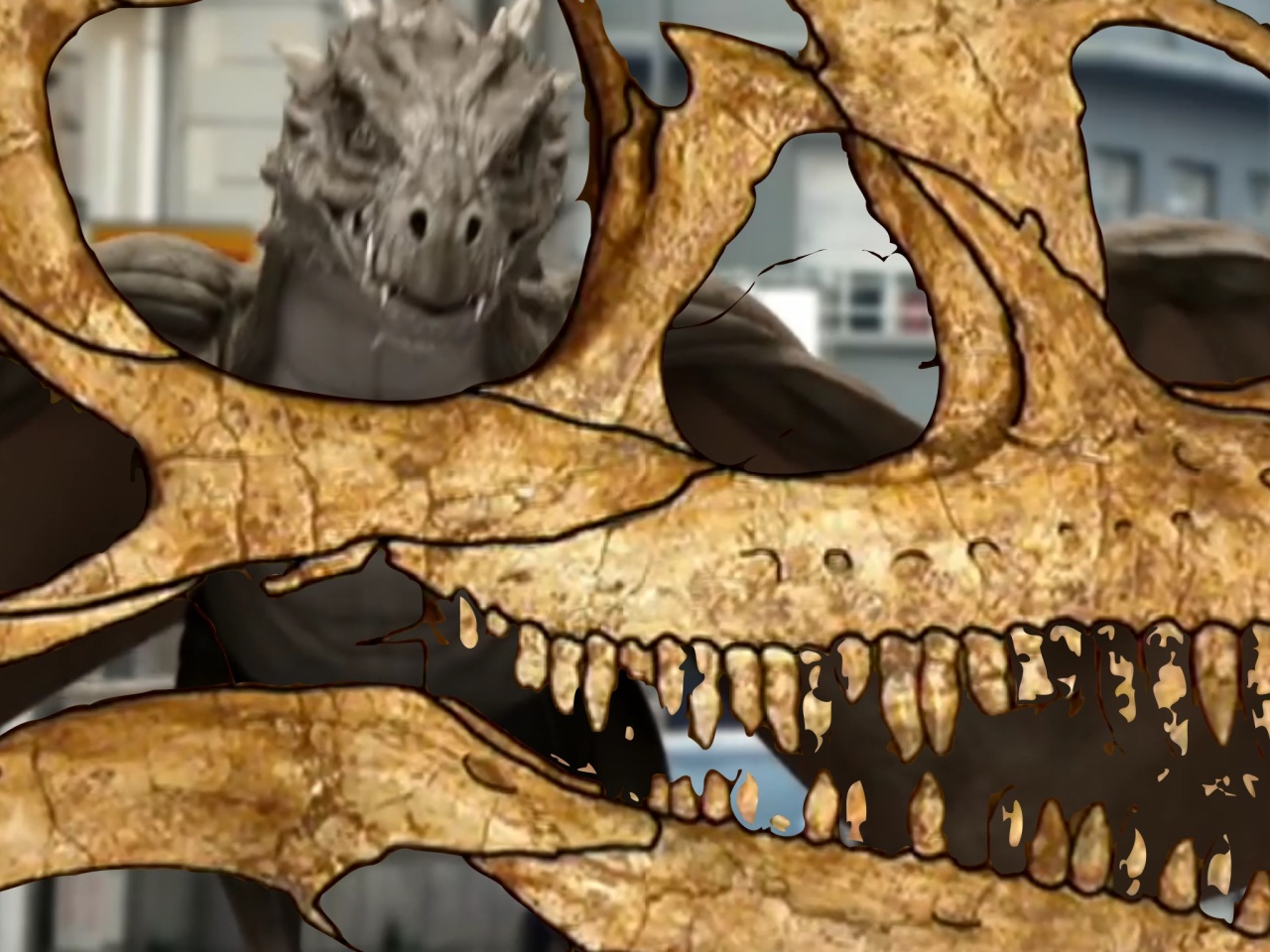 The dinosaur. Well and truly buried.
A sedimentary relic. Petrified.
Given to the past; a long time slurried,
muddied-over, laid to rest, fossilised.
Entombed worrier. Stabilised in stone.
Imprisoned posture; contorted, compressed,
a calcified temple, chambers of bone.
A cathedral where hides the dragon’s nest.
The lair, from where darkness is cemented
to shadows; re-dressed in fear and loathing.
Where naked bones are re-fleshed. Tormented
skeletons. Cupboards of ghoulish clothing.
. From the dust of bones the dragons rise,
. to be the carriers of cruel demise.

To the reader: The dinosaurs’ demise was dramatic but to some extent not as final as their stone graves suggest. In miniature, birds (as feathered remnants) and reptiles (as scaled mimics) echo the intriguing traits of their prehistoric ancestors. And without too much stretch of logic it’s easy to see how with a flight of fantasy we’ve invented the mythical dragon. Skeletons and rattling bones can send a shiver up the spine.

To the poet: This sonnet begins with short sharp statements of finality: the dinosaur is dead. And being so, the dinosaur has become a larger than life assemblage of intrigue and fascination. From ‘calcified temples and chambers of bone’ the dinosaur has given birth to the dragon; a cantankerous creature renowned for having a quick and revengeful temper. Some things are best left buried. 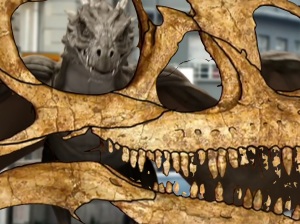 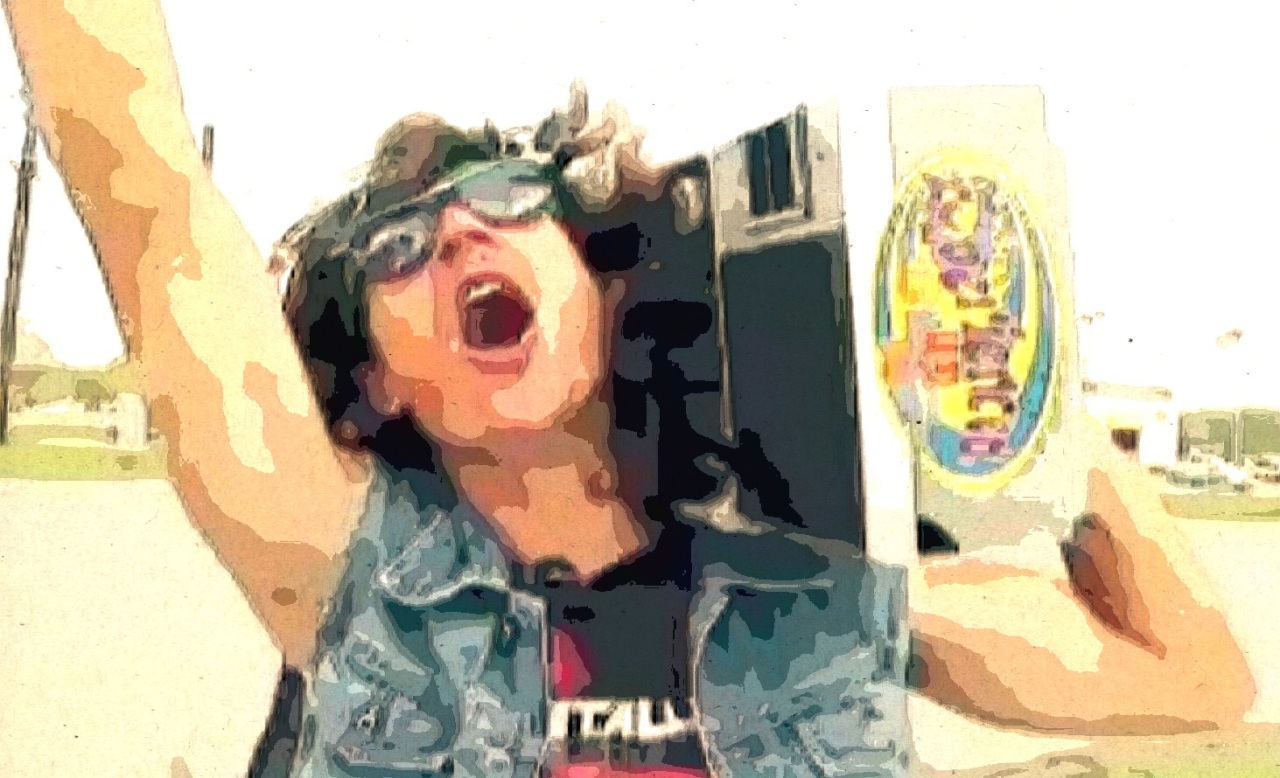 An amplified invasion so disturbs
the peace; a cavalcade of decibels
on drill: marching the streets, pounding the kerbs.
Exploding sound-grenades and mortar shells.
A wall of sound, invisible to touch,
yet so capable of prickling the skin.
Audible ferocity; far too much
to absorb – loud and deafening din.
A relentless, raucous calamity;
no definition, a cacophony;
no room for nuance, blunt audacity;
no conduct befitting a symphony.
. To turn down the volume is sound advice,
. Those who cannot hear pay a heavy price.

To the reader: Walked past a bar in Bondi… note to self triggers idea for sonnet: “Loud defines itself as big and bold; amplified beyond a normal range of tolerance. And that’s the point – tolerance. Loudness has a relative setting calibrated to a social context. There is no right or wrong volume but there is an appropriate volume. Big and bold is admirable to a point; beyond that point it becomes demanding and intrusive.

To the poet: Walked past a bar in Bondi… loud noise obliterated social exchange. There’s a pleasure in writing from experience. The non-contrived foundation establishes a convincing script. Chances are an authentic narrative attached to a real reaction will resonate with others. And so it was, that evening in Bondi, I was ambushed by an amplified invasion of noise; grabbed without consent.

Things, nameless remnants, objects in a drawer;
trinkets that tumble out of time and place.
Garage gadgets, artefacts of war;
unidentified objects, out of space,
out of reason, out of function and fit:
oddities, obscurities, curios
long since departed from inventor’s wit;
having lost the memory of ‘who knows’.
Relics in a box, contents in a trunk,
a job-lot of stuff, a deceased estate
to be sold-off cheap, to be bought as junk:
what’s good for nothing makes a paper weight.
. Nothing more nameless than a nameless thing.
. All deserve a title – be it subject or king.

To the reader: I discovered an eccentric great uncle: the bird man. He was featured in a national display of urban characters known for having an inventive wit related to ‘things’. Uncle Henry Grace, was a bird-listener. He rode the country-side listening to warbles. Fittingly, he then invented his own form of warble-notation to capture distinctive ‘calls of the bush’. Then, he would create tin-whistles that imitated the various cheeps and chirps. A century later they are ‘things’ of interest; curios.

To the poet: In its first-draft this sonnet began with: ‘Objectification, the stuff of things’… borrowed (I remember) from the more contentious notion of ‘Subjectification, the sport of kings’. Quite a nice beginning, but the rest of the sonnet was hopelessly lost in trivial detail. And so, the long task of re-writing began. A complete upheaval takes some effort. Holding on to the essence, discarding all else … that’s the thing. 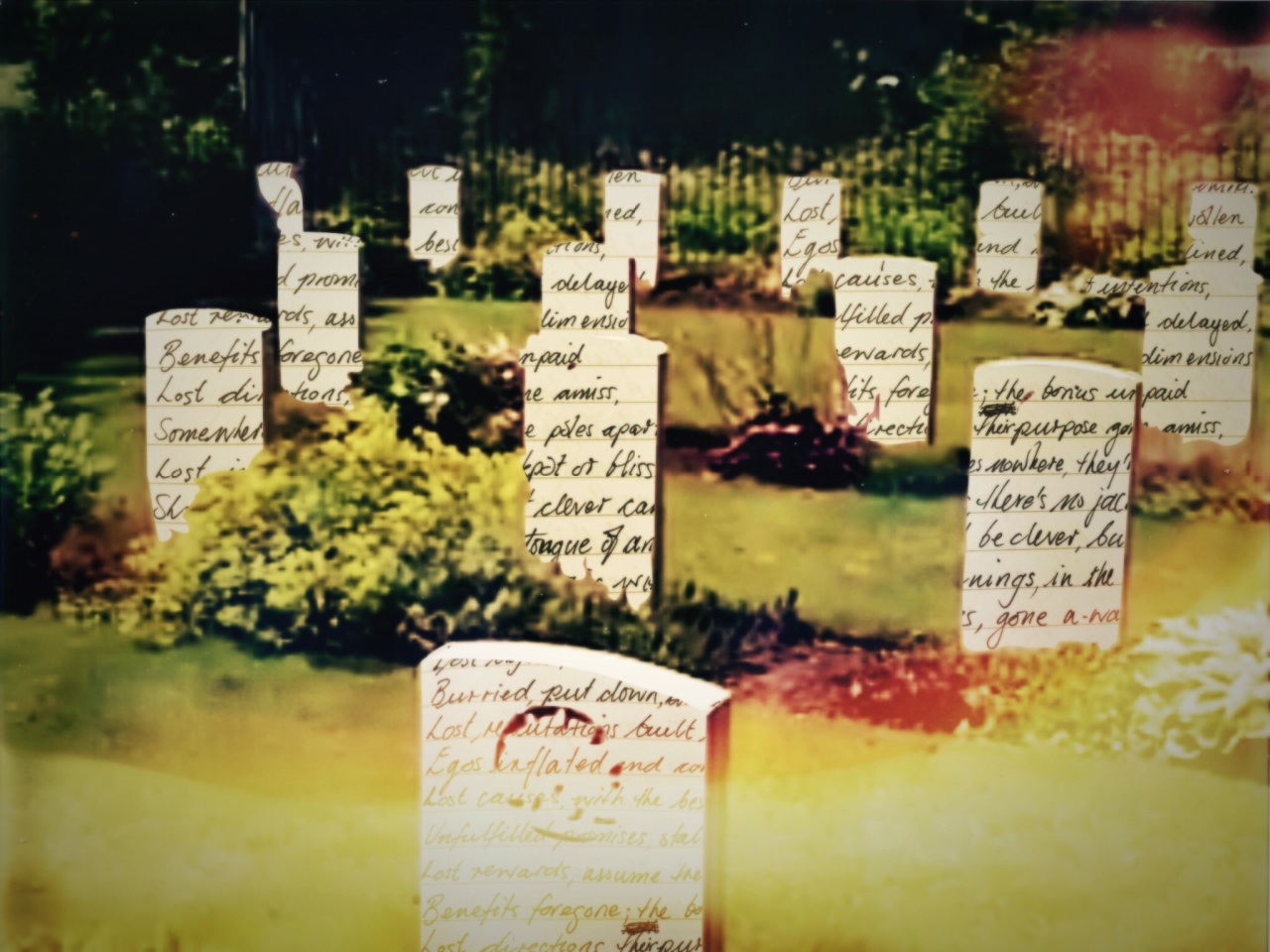 To the reader: Lost is a location none of us set out to find. Technically, I suppose it’s as much a place as any other. Lost is where the misplaced gather. Lost is a nebulous noun that, through vowel-association, finds its place in the good company of: last, lest, list and lust. It’s origins are from Old English tongues, where it evolved from words associated with perish; as in gone missing.

To the poet: Being a pedant is not a poetic prerequisite; however, having a creative interest in words is a desirable attribute. Pulling apart, rebuilding and associating the word ‘lost’ sparked my sustained interest. Whether the pursuit and discovery was worthwhile I’m not sure. All things considered, I clarified in my own mind the difference between a lost object and a lost cause. 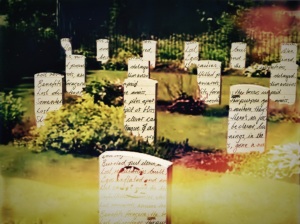 All But Lost
Picture Source:
http://youtu.be/_8jzqKNDkgM

Sadly, one certainty of life is death.
And so, it is for all of us to end.
Somewhere, there awaits our final breath.
Inhaled, not for exchange, but to expend.
This breath, of all breaths, is to be remorsed.
It’s the breath most wasted and least returned.
Consumed for the purpose of life’s exhaust;
of continuation, it’s least concerned.
Somewhere, then, this final breath sits in wait…
to be swallowed deep but not ingested.
This breath has destiny; a half-used fate;
incomplete, resolute, uncontested.
. But for one-breath, we have life’s abundance.
. It’s through this-breath, that we meet redundance.

To the reader: Not breathless, simply exhausted of life. It’s the last breath taken and not returned. Delivers a terminal solution. The act of living is respiration. Recycled air; a generous spirit. Acts of goodness get taken for granted. We begin and end our lives with a gasp. Air is a rich and abundant resource. Not a trivial keep-worthy trinket. Not to be held for longer than needed. Its living purpose is spent and renewed.

To the poet: In ‘to the reader’ I collected together eleven sentences loosely connected to the topic of breath. Each sentence is ten-syllables long and follows on from the previous; but it’s not poetry. The difference has something to do with a missing thread of consciousness. The thread of poetry is tied by the poet and un-ravelled by the reader; one gives the other receives … together we breathe the spirit of art. 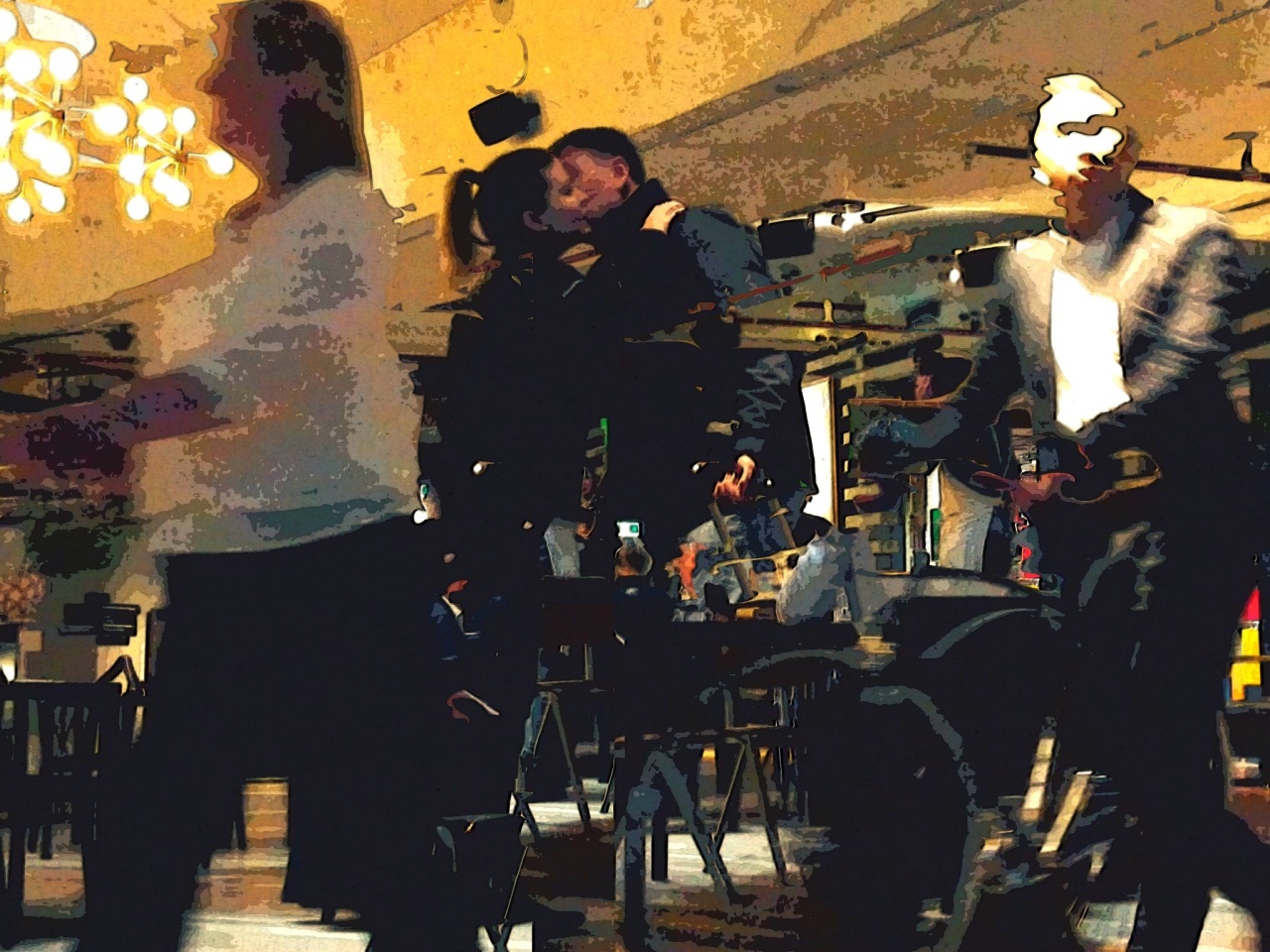 To all things my interest cannot attend.
I am responsive to movement, colours
and the scent of life; all things so contend
for my attention; distinct of others.
One thing for the moment will steal my gaze.
I take note of that which sways and swishes.
That which has rhythm to my interest plays,
so becomes the pick of many wishes.
I’m partial to soft tones that glow; that blush
the dull canvas with a rose-coloured tint.
I’m partial to that which is full and lush;
that which brings love to life with perfumed hint.
. I cannot attend to all things in sight;
. instead, I seek what gives my eyes delight.

To the reader: Programmed to attend to life’s rhythm; we literally seek and appreciate animation. Some movements have particular powers of attraction. The effortless ‘sway and swish’ of a wiggling-walk makes alluring theatre. The long-stride of confidence without pretence or contrivance draws attention. The nonchalant amble of a carefree character entertains our imagination. Powers of observation energise our interest; sharpen our focus.

To the poet: Infatuation lacks restraint. To ogle is obsessive. Admiration construes a connection. Polite interest requires distance, it respects the dignity of a shared space; eye-contact is confirmed not consumated. From a poet’s vantage point there’s a code of practice that applies to people watching. As subjects of interest ‘the observed’ will tolerate a casual glance; not so an intrusive gaze.