Standing on the other side of last year.
I’m yet to move, or even lightly tread
upon the surface of a new frontier;
I’m yet to commit to the days ahead.
I’m debating the size of the first stride,
contemplating its gravity, its weight
and direction. I am yet to decide
upon its meaning – and there’s the debate;
there’s the question, that has me standing still:
am I to leap forward without reserve,
throw caution to the wind, let milk spill,
and in its flow, let go this timid nerve?
. The first step is steeped with expectation,
. bound to itself – gripped with hesitation.

To the reader: Happy New Year – reassurance really – in the face of hesitant acceptance. We charge our glasses, count down the seconds and gaze skyward; fireworks outshine the brightest constellations – a new year is born! As decreed, it’s with resolve we all step forth, each with our own bundle of wishes and aspirations for the coming year. But old habits die hard… too soon this fresh stride becomes last year’s steady gait; and the stroll through life continues its wanderous way!

To the poet: Playing with words is the joy of poetry. Interlocking syntax and semantics. Wrestling word against word, phrase against phrase until a truesful fit is found; one surrenders its meaning the other its virtue; tension and abeyance ever present. The fight can be brutal (not brittle) always honest; best of all bloody and bruising. A good poem reflects the good fight; nothing comes easy so it’s best we enjoy the struggle.

As weeks become months, so months become years;
and so it is that all things become one.
It’s why things merge as distinction nears,
It’s why things flow and with rivers run.
Between two points we imagine spaces,
and yet between two trees a forest grows.
We invent voids between distant places;
recognise columns, but ignore the rows.
For convenience sake we subdivide
the river of life into segments small,
then wonder why the stream cannot provide
baskets of abundance; plenty for all.
. current – a ready date, that’s here and now.
. current – a steady rate, an endless vow.

To the reader: Systems within systems. A constant stream of energy feeding the fire from within. The onward flow is effortless. The complete constancy of life is the travellers joy; being at one with the journey is the real destination. Too much concentration on the stop-start details and we become distracted; events become activities; life becomes staccato: “signifies a note of shortened duration, separated from the note that may follow by silence”.

To the poet: The flow of any poem is important; all the more so if your poem is about flow itself. In writing a poem, the internal voice is constantly providing feedback on the inner and outer workings of a script. Most of my sonnets develop over a few days of working. In that time, the lines are re-read hundreds of times until I’m happy with every element of connective tissue. To some extent, through rehearsal and revision, my spontaneity is contrived.

This year is now complete, finished, exposed
to the reflective gaze of history’s view.
This year’s open doors have now been closed:
shut tight, sealed off, and bid farewell; adieu…
In the finish of a year we rejoice.
It’s fitting we take a moment to pause.
It’s OK too, that with some pride we voice
our achievements and tally-up our scores…
And so ends another year; outnumbered,
full-sum spent; used but not digested;
completed with a cheer; disencumbered
of journal’s jot – evermore let rested…
. This year is done, finished; so too its might.
. You don’t tie an new string to last year’s kite.

To the reader: Circles circling circles; and so, years come and go – the familiar pattern repeats. Our spiralling experience of time, as repetition, turns days into days, and weeks into weeks. Without the cycling-nature of all things revolving we would have no opportunity or need to learn from experience. Without repetition the past has no relevance. When we are lost we travel in circles … spiralling forth; making use of our past.

To the poet: “Fly yourself a brand new kite” What was the poet thinking? “With one year’s completion comes certainty; nothing can be added or subtracted… the year’s experience is fully described; saturated. For just a short while deep reflection is encouraged. In losing its current status ‘last year’ is now open to interpretation… and the rest is history”. Happy New Year!

Is she the dark lady that last night claimed
she knew the provenance of broken dreams?
Is she the same woman who last night aimed
her demons in my direction? It seems
she holds a deep quarry of dredged-up digs;
a deep pit of misery; a pack of black cards
that she plays to her advantage; reneges
at will… cheats … and then with honour guards
her dignity; a thin veil of powder;
a dusting, a coating, sheer nonsense;
more transparent as the voice gets louder:
more desperate, more dismal, more dark and dense.
. Who is this lady that delights in black?
. What shady memories does she welcome back?

To the reader: Temper fuelled rage is an ugly and primitive demeanour that rises from the brain’s deeper recesses. For most of us we learn to control that ‘cantankerous monster’ as we outgrow the deployment of two-year old tantrums. For some, that taming was not so complete; producing an unpredictable and cranky adult temperament. In the grown-up world, there’s a social contract that demands a rational mind. Keeping an ‘even keel’ through stormy weather is not easy. Managing frustration and torment without resorting to anger is a prized habit of mind; well worth the effort in the preservation of long-lasting relationships.

To the poet: The angry tirade, often delivered in a single passage of free-flowing vitriol, is intended to over-ride the calm response. Throughout an angry exchange the tarry is designed to be quick and the verbal blows are short and sharp. The aggressor in an angry exchange will escalate the intensity… their ploy is to attack not defend. Any attempt to de-escalate will meet with hostility. This sonnet is bookmarked by two sets of questions… the answer lies within. 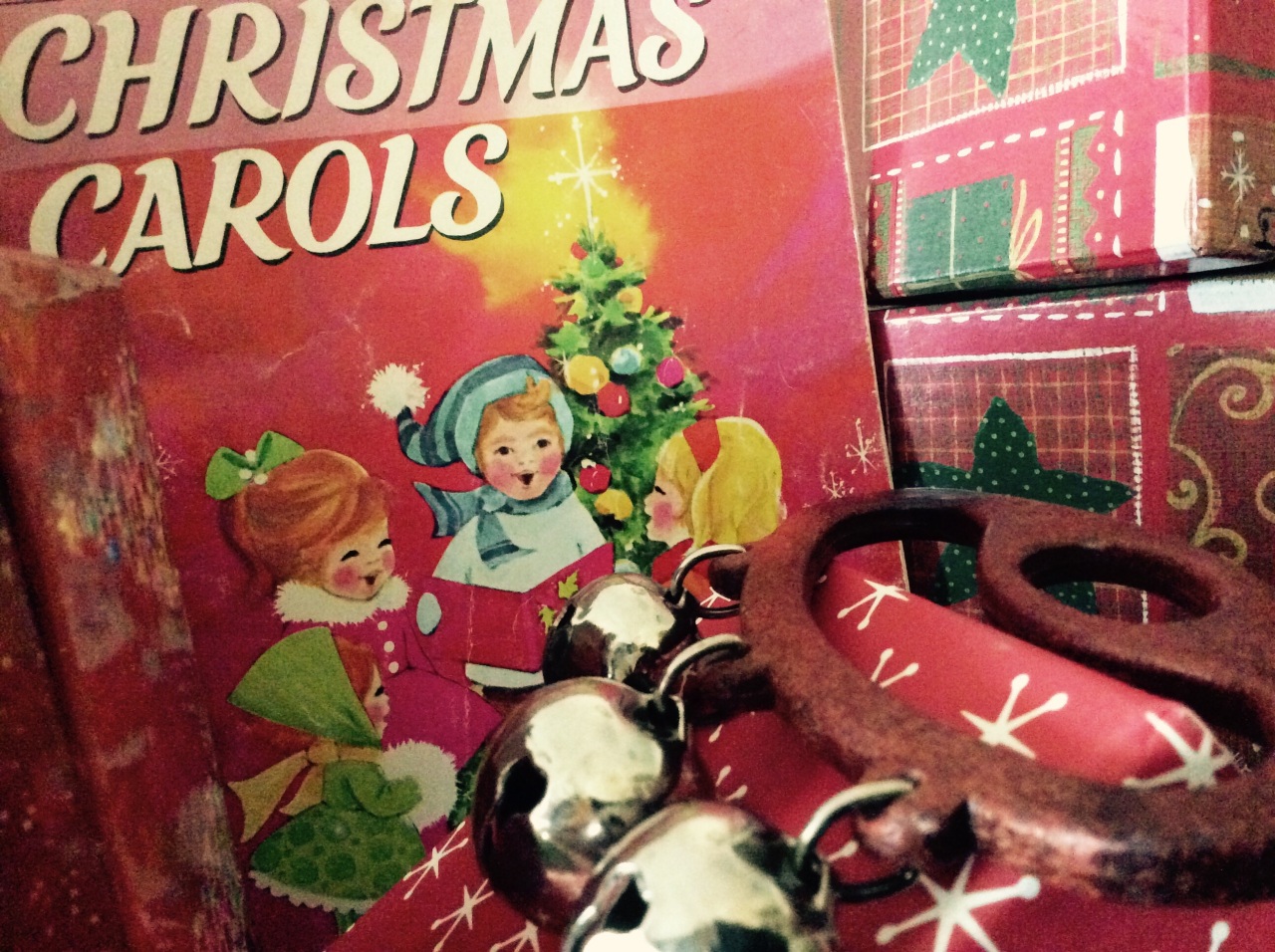 To the reader: The merry sound of Christmas is a small cluster of jingling bells. For the festive season we can put aside the strident trumpets and the pounding drums; preferring jingling bells as soft accompaniment to a chorus of carols. The nativity scene is at peace with bells-a-jingling. Bells are responsive instruments that react to the slightest movement with a tinkling trill. Their volume nicely equates to their quantity; the more the merrier!

To the poet: This sonnet is harmless, hopefully not charmless, in delivering a festive message. Christmas carols rise to a crescendo and then fall out of favour; as with seasonal fruit, we gorge and then reject. Carols, and likewise this sonnet, are often overcome with a lightweight message that requires technical assistance for rescue. Strained merriment is hardly convincing.

For millennia we have scribed our thoughts;
put pen to paper and as such preserved
all manner of inspiration… all sorts
of wonder. So conscripted, we’ve conserved
in good faith the font of reason’s reference.
Forever more attached, writ and listed:
sentenced, word-by-word, the very essence
of a flourish: styled but never twisted.
Written as to permeate our culture,
bold-stroked messages indelibly inked
to imitate form, or shape a future
world; built upon words, most beautifully linked.
. It’s the cursive script of pen or quill,
. that reveals the hand of a writer’s will.

To the reader: I was wondering… were the Egyptians able to turn a poetic phrase in hieroglyphic form? In search of an answer, I stumbled on the ‘Lettrist Movement’ led by Isidore Isou; post the second world war. Lettrism’s Manifesto rallied against the atomised letter and the destructive power of the word. Far from enabling freedom of thought, lettrists perceived letters and words as insidious links in a constricting chain; manipulated by the literati. According to Lettrism, the hieroglyph does less damage in transporting and translating an experience across a thoughtful medium such as poetry. I’m still wondering…

To the poet: Letterism aside, preservation of a word-based poem requires a script that will authentically transport a message through time and space; so that some time later… the distant reader can retrieve their own uniquely crafted assembly of ideas. In scripting a poem, the skill is in the crafted management of its future impact on the reader. Used too functionally, too literally, the script can lack fertile nuance and starve the text of ambiguous translation; for at the heart of reading and writing poetry is creative interpretation.