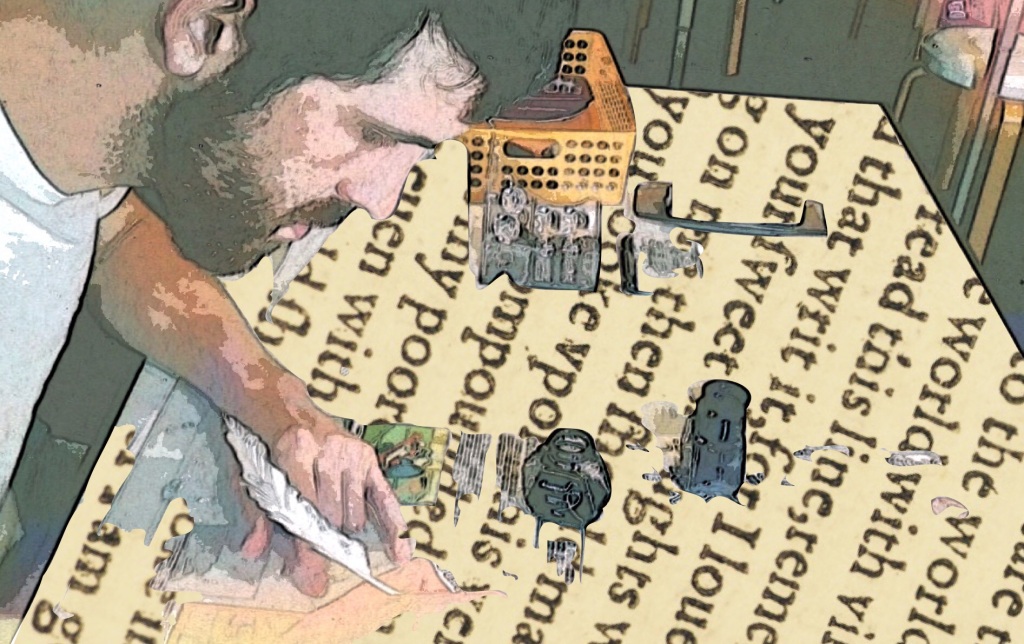 You write with such precision.
You bemoan your broken quill.
You complain of love’s condition.
You would have the world stand still.
The more you force contentment,
as would appear your goal,
the more you’ll meet resentment:
… you’re a prisoner on parole.
Let go the restless musings
that cripple future dreams,
accept the harmless bruisings:
… be at peace with how it seems.
. Take the best of your convictions,
. make the least of your restrictions.

To the reader: Shakespeare was a ‘grumpy old man’ when it came to his relationship with time; frustrated to say the least. Time, whether past, present or yet to come, caused him angst. He riled against its ravages, scoffed at its seasons, and bemoaned its brevity. He proposed solutions (the womb, the word, eternal love) and then realised their futility… “ruin hath taught me thus to ruminate, that Time will come and take my love away.” (sonnet 64)

To the poet: Ellipsis… threepence for your thoughts; or was that just a penny. In the absence of any other form of punctuation the ellipsis often suffices. In an informal sense, the shortening of a sentence is a convenient starting point… maybe a soft ending. For a poet, supposedly a wordsmith, over use of the ellipsis might be considered lazy…